skip to main | skip to sidebar

Let’s Go Back To Kandahar For A Minute

If I switch on the TV an put on a news channel even for a minute these days, I run into someone from the Congress party talking about the NDA government of 5 years ago. Be it Kapil Sibal, Digvijay Singh, Rahul Gandhi, Sonia Gandhi, Manmohan Singh or anyone else, they’re all lost in the memory of the NDA government. They sound as if it’s NDA and not them who have been ruling since the last 5 years.

Debating is an acquired art and the tactic that the Congress has adopted is called ‘Tu Quoque’ (You Too) it means that alleging that the opponent is no better, or as bad as them. It’s a fallacious argument often adopted. So if Sonia Gandhi refers to the explosions in the rule of NDA to justify the terrorist violence under the rule of Congress, it’s not viable, it’s not logical. 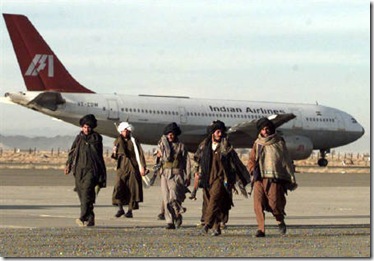 The thing to remember is that no matter who makes the mistake, and no matter how many times it is made, it’s a mistake. That is why the Congresses’ argument that you’re a thief too can be appreciated only in a debate. It does not justify what happened in Mumbai, Delhi, Ahmedabad, Bangalore, Assam.

1. It’s not enough to say that it happened under their rule too to every incompetence, every failure. If that’s so Congress then why shouldn’t we vote for NDA, why should we choose you?

Actually the NDA government was at least this successful that by the time it ended Indias was shining. Can’t say that about UPA, by the time it is ending India is whining and the responsibility is not BJPs it is on Congress.

And now let’s come back to the core issue. Let’s talk about Kandahar. Congress has made Kandahar such a blemish on the NDA that there seems to be no redemptiion. I believe it is an important lesson that NDA has learnt, but the onus of failure is not entirely NDAs. I think the cause of the failure was not BJPs weakness but the failure of the state machinery to act fast. This was a system passed on to NDA in legacy. The sequence of events that happened was so overpowering that there no one had the strength to make a different decision, not BJP and not even the country itself.

I compare those events with the Black September, the incident that changed the face of Israeli politics. In that particular incident 11 Israeli players were kidnapped during the Olympic games held in Germany by the PLO. Their demand was to release not one, but all the terrorists in the Israeli prisons.

Negotiations were on and it is said that the Israeli government had agreed to release some of the prisoners though not all. The kidnappers were even given a helicopter at the Munich airport, but due to the mishandling of the German troops all the players were killed. The Israeli prime minister Golda Meyer was called the butcher of the 11 players and was widely criticized in her country. Though now the Israelis remember that event as a proof of their resolve to never give in to terrorism.

At Kandahar there were not 11, not 110 but over 200 kidnapped people. Who can forget the crying relatives of the kidnapped. They were being shown continuously on the Indian television. I remember seeing a prominent fashion designer sobbing on a show, crying for the govrnment to accept the terms, release he terrorists, do anything but save the kidnapped people.

When an army martyrs widow said that the prisoners should not be released she was shut up and widely criticised. The entire country was smoldering, not with outrage, but with sympathy. There was tremendous pressure on the government to save the people and that’s what the press was campaigning for too.

The plane had already reached Kandahar due to the failure of our aging and inefficient security system. It was in the home territory of the terrorists, right in the midst of the Taliban who did not allow any negotiations and did not allow any army operation either. They were terrorists too, friends of those who hijacked the plane. If it was any other country that Afghanistan, the events would have unfolded differently.

Remember that time, remember what you yourself felt. Remember the pain that India was feeling. The biggest priority during that time was not fighting those terrorists but saving the 200 hijacked people. That is why Kandahar happened.

Do you think Congress could have acted any differently in this situation?

The Israeli secret service agency Mossad investigated and found the details of the 16 people who planned Black September and assassinated 11 of them with careful planning.

1. Why are the enemies of India still alive?
2. RAW which is a terror in the hearts of the Pakistani establishment has not been successful in brining Dawood Ibrahim to India or eliminating him where he is.
3. Those who were the perpetrators of  Kandahar are still unpunished.

I believe this is the real failure of the BJP and the congress, not Kandahar. The events of Kandahar were not a failure, they were forced.

Can we expect our next elected government to be an enemy of the enemies of our country? 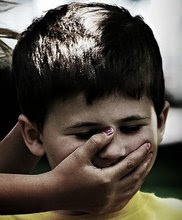 No More Silence For Me